It’s been pretty boring out there in the media. We can only handle so much #NYFW before we start wondering, what else is going on in the world?? Really nothing interesting except he second GOP debates hosted by CNN. 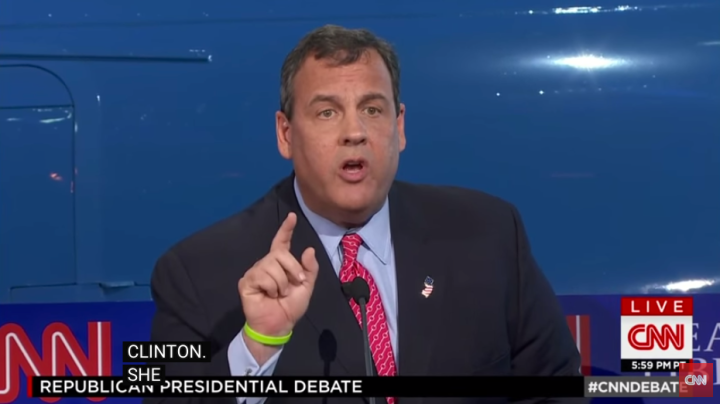 As a former U.S. Attorney appointed by George Bush (yuck), Governor Christie has a lot of political experience. He’s definitely a powerful man but doesn’t seem to be clear on where he stands with some issues. He comes off as a crowd pleaser and tries to say whatever will please the people regarding Planned Parenthood, immigration, and foreign policy. He really screwed up during the conversation about cannabis with Senator Rand Paul:

Senator Paul gave Governor Christie a nice lesson on the role of the Federal Government and the 10th Amendment, saying that criminal laws are an issue that should be left up to the State. Chris Christie gives me scumbag vibes and from his presidency, if elected, you can expect a lot of slimy deals and drama that should be saved for the Jersey Shore. No thanks. #GTL minus the G.

Ted Cruz was very outspoken and I really liked how he delivered his answers. He seemed confident & clear on where he stands on the issues, but he’s still moderate and plays the race card so much it got redundant. Okay, we get it, your parents were immigrants.

I wouldn’t mind looking at him deliver speeches for 4 years. Other than being cute, he’s very dramatic in the delivery of his answers. By dramatic, I mean, he sounds like he’s about to cry all the time. Whatever. I didn’t get much of what he said because it was so similar to everyone else.

I like this guy, he’s not a career politician and he is running to make a difference. I don’t agree with him on all of the issues but he’s new to the political game….which is exactly why he is not POTUS material. He seems so sweet though and I give him props. If he could be a little more aggressive and more confident in himself, he would have a lot more support.

Scott Walker is super charismatic. I don’t agree with him on some issues, but he really knows what he is talking about and he is confident in himself. The reason why I can’t like him 100% is because he seems to have a lot of dirty scandals and allegedly lies a lot. He nailed the debate but he’s probably another dirty, lying politician. Boo hoo. I really wanted to like you, Scott.

Rand Paul is brilliant. I love where he stands on all the issues, and he is using the platform to educate the people. He will actually get our country back on track and restore a lot of our freedom. Unfortunately, he lacks charisma and that’s a key ingredient that politicians must have to get elected. Rand’s got my vote but I really hope that he can work on being more confident and charismatic so that he can win over the rest of our country.

I mean, someone has to spice up this boring broadcast.

Duh. This is the Kim Kardashian of the GOP. No thanks, let’s move on.

GIVES ME THE CREEPS:

This fella talked so much about George Bush and George W. Bush that he basically summed up that if you vote for him, you’re re-electing Bush (either one). I don’t know if it was thirsty or ballsy that he admitted to smoking weed in high school, but who didn’t? He was using this as an attempt to get the young votes. Cute, but nooooo thank you, we don’t need a George Bush round 3, and if you want to support marijuana decriminalization, meet Rand Paul.

The only thing I could possibly like about this Carly Fiorina is that she’s a woman, and he answer to the $10 bill question was cute. She opened up the debates saying that she is fed up with the corruption of big government and then carried on the rest of her debate advocating things that big, corrupt, governments do. She gave me the creeps when she talked about foreign policy and increasing U.S. military presence overseas. Um, no thanks Carly. Scare tactics aren’t the best way to go when you’re dealing with foreign policy and wars. 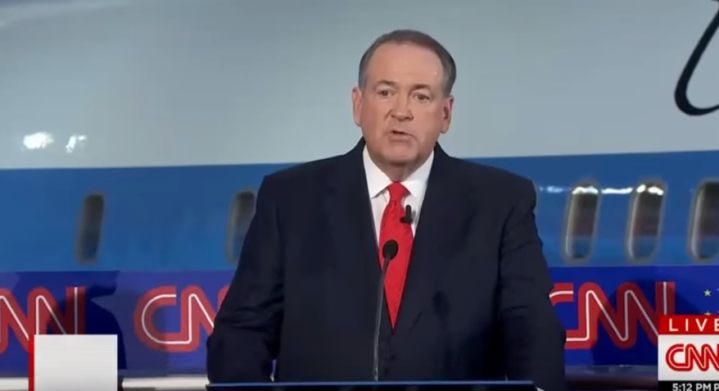 Mike. This is your third time, and I still had to google you to remember who you are. What are you doing??

*yawn* this is why people identify Republicans as boring.

Ugh, if you had to pick one, which one would you pick?

Getting SNATCHED with @emma.loney 🔥
That one palette we can’t live without 😍 #SNATCHEDbyLadyCode
Our influencer palette is @arielversace approved ✅
The palette of your dreams ☁️

@theladycodeshop lash adhesive is the goat 🥵 it lasted all day through swimming, sweating and through a whole night at the drag show 🌈 this lash adhesive is waterproof, sweat, proof, latex free and infused with vitamins A, C, and E to condition your lashes while you wear #LisaLASHES 💓 @theladycodeshop
Coconut series 🥥 @vizcayaswimwear
Offline 📵☁️
Northeast girls: You don’t want to miss this!! I’m teaming up with @lavobeautyco for an exclusive pageant makeup masterclass in Manchester, NH👑

Getting SNATCHED with @emma.loney 🔥
That one palette we can’t live without 😍 #SNATCHEDbyLadyCode
Our influencer palette is @arielversace approved ✅
The palette of your dreams ☁️

Get SNATCHED with @taikirha x @lisa_opie
New blog post with @thebodyimageactivist today on the blog 💓 who’s loving Lindsay’s empowering af articles?😍
Today on the YouTube channel: @lisa_opie shares her @galleriaftlaud @americaneagle haul and try on💐 come get your inspo for summer 2020 ✨
Coming to the blog today: It’s Okay to Weigh More Than Your Partner 💓 @selfloveexperience_official